Many people consider fish (or JUST consuming fish) a good choice from an ethical, health and environmental standpoint. They believe fish are healthy to eat, don’t feel pain or complex […]

Many people consider fish (or JUST consuming fish) a good choice from an ethical, health and environmental standpoint. They believe fish are healthy to eat, don’t feel pain or complex emotion and don’t take a toll on the environment. So the perfect meat choice for someone who’s not ready to go completely vegetarian or vegan, right?

This assumption is widespread, but couldn’t be farther from the truth.

The first argument that may lead you to believe that fish do not feel pain, might be the absence of a neocortex. This is an inappropriate anatomical comparison- we can’t judge another beings ability to process pain because it differs from ours any more than a butterfly can believe humans can’t taste because we do it with our mouths and not feet.

“Evidence from neuroanatomy, neurophysiology, and neuropsychology suggests that
the experience of feelings in humans does not depend exclusively on structures of the cerebral
cortex. It does not seem warranted to deny the possibility of feeling in animals… We do not see any evidence in favor of the idea that the engendering of feelings in humans would be confined to the cerebral cortex. On the contrary, based on anatomical and physiological evidence, subcortical structures and even the peripheral and enteric nervous systems appear to make important contributions to the experience of feelings.”

– Antonio Damasio and Hanna Damasio. Neuroscientists at the Brain and Creativity Institute, University of Southern California.

Although both fish originally responded the same, wriggling at the same temperature; only the fish without the pain blockers experienced a fear response. They displayed wariness of the new object, as well as anxiety. This matches up with earlier observations of fish injected with painful solutions who would rock back and forth on the tank floor, rub their lips against the glass a and stop eating. Both groups of fish injected with pain blockers experienced no such response.

Not only are they sentient in a way that shows they can feel pain, fish are actually very smart and can remember quite far! Not the 3 minutes you might have been told is the maximum time frame they can remember.

In fact, fish have been proven to remember for up to at least 5 months.

Some can even remember faces and pick familiar humans out from strangers. In fact, they can recognize whether a person is someone they know or not in .5 seconds.

They recognize their tanks layouts and will detect a change in setup or a new item.

This goldfish won a world record for being able to remember and perform six tricks such as;

And there are many others who have been able to teach their fish tricks.

The second misconception is that fish is healthy. While it may be more healthy than other types of meat, I wouldn’t consider it a health food even if we’re ignoring it’s high mercury content. To borrow a few points from my general article on the health affects of meat consumption;

So you’d do better replacing your fish with vegan versions of seafood; even if you don’t think fish are friends!

If you’re interested in saving our planet, this might be the most compelling reason to cut fish out of your diet; the ocean is suffering immensely due largely to overfishing. While it may be easy to dismiss this as “just” a cause of overfishing and not fish consumption itself; we must remember that we cannot feed 7 billion humans the sadly still recommended 3+ servings of fish a week without overfishing. There is too much demand to meet that supply.

These facts are all brought to you by the short film linked above, Losing Nemo, by the makers of Blackfish. Here are their sources which are all PDF files.

Some more facts to remember about the affects of meat consumption:

So whatever your reasoning for giving up fish, please consider it! Here are some vegan swaps and recipes to make the transition a little easier if you’re a seafood fan.

Worried about Omega-3’s? No problem!

Experts say as long as you get enough ALA, you don’t have to worry about EPA and DHA from non vegan sources. And if that’s not enough to ease your mind, there’s nothing wrong with supplementing; after all, meat eaters supplement more than vegans and vegetarians combined.

If this article makes you want to go vegan, try it! Good luck ❤️🐟 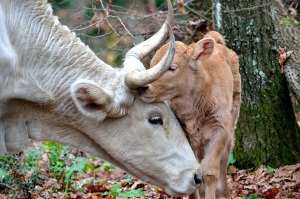