This isn’t my usual informative article, just a small think piece. This is all just my opinion, and some facts that emphasize my point. Content warning: This article is based […]

This isn’t my usual informative article, just a small think piece. This is all just my opinion, and some facts that emphasize my point.

Content warning: This article is based on themes that include rape, sexual abuse, and infanticide, but there will be no graphic pictures. If that still bothers you, you can check out another not so sad social justice article of mine.

“You cannot be a feminist and not be vegan.”

This is a sentence used very often in the vegan community. It’s seen as incredibly problematic, insulting, and dehumanizing to rape victims.

Rape: unlawful sexual intercourse or any other sexual penetration of the vagina, anus, or mouth of another person, with or without force, by a sex organ, other body part, or foreign object, without the consent of the victim.

These animals are victims.

Cows are usually put on a device called a rape rack. This holds them in place while the farmer penetrates both her vagina and anus simultaneously to inseminate her with bull sperm. This is so she will become pregnant (because like humans, this is the only way cows will give milk.) will have to endure this every 9 months until her body can no longer give milk.

When the baby is born, if they are female- she will be faced with the same fate. If they are male- he dies.

Male calves have no monetary use in the industry and will be sent to be slaughtered for veal.

Calves have been known to scream and cry for their mothers until their throats bleed. Mother cows have roamed for miles and miles looking for their young. 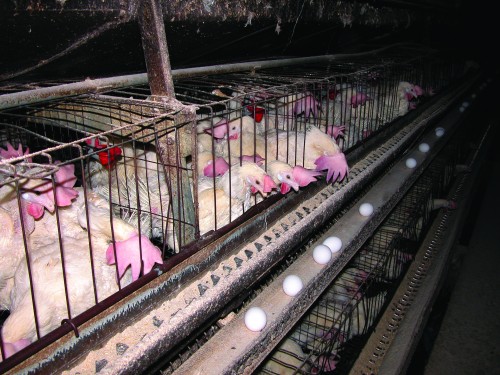 And they aren’t the only ones exploited for their female anatomy.

A similar situation is pushed on hens. Their anatomy is exploited and modified to be taken advantage of for humans. They are also artificially inseminated for the poultry industry and layer hens don’t have it much better.

Much like cows, mother hens have their babies taken away from them. It’s the same situation, if the child is female- she is exploited in the same way as her mother. If he is male, he is killed immediately either by suffocation, gassing, or being shredded up alive. 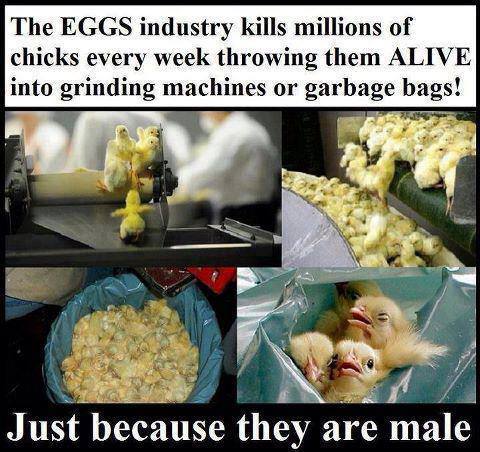 There are no regulations in even “free range” or “grass fed” that prevent this.

This is infanticide. This is murder and how can it be excused?

Will you excuse it with…the animals don’t know what is happening?

Factory farmed animals have been shown to become depressed as a result of their mistreatment. They know exactly what is happening they just don’t know why. 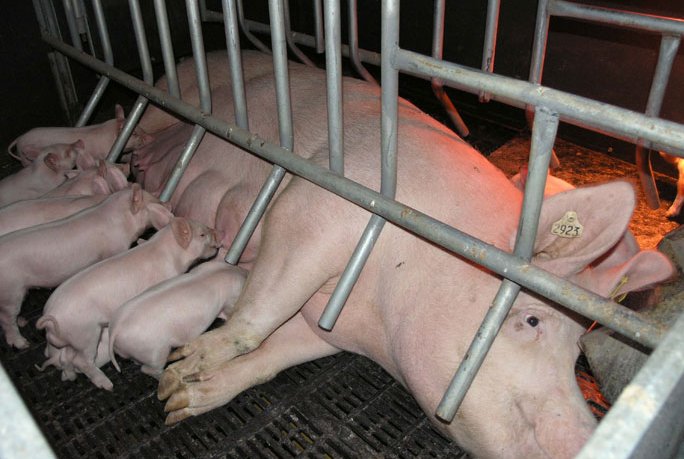 This pig will never actually get to see her babies.

The point is. Rape, molestation, slavery, and infanticide are all feminist issues, right? Why does it suddenly become okay when it’s done to an animal? If any of these things happened to a human even once-let alone continually their entire life, there would be uproar.

Why is it okay for only some females to be raped hurt and exploited? And it’s not as if the animals forget, they remember exactly what’s happened to them:

So the question becomes not if you can be a feminist but not vegan, but why would you want to be?