Everything changed for 9 piglets and their mother when they broke out of a slaughter truck, escaping extreme torture and death. Earlier this month, a pig on the way to slaughter […]

Everything changed for 9 piglets and their mother when they broke out of a slaughter truck, escaping extreme torture and death.

Earlier this month, a pig on the way to slaughter in California broke out of the transport truck on Highway 50 near downtown Sacramento which essentially saved her life. Not only did she save her own life, she was also carrying piglets who would have ended up with the same fate as their mother. Fortunately, the pig landed with no injuries and was rushed to safety by animal control officers. She was taken to the local dog and cat shelter where she quickly gave birth to 9 healthy piglets. By law the shelter needed to keep the animals for a number of days in order to allow time for her “owner” to claim them but luckily no one came and all 10 pigs headed to Animal Place where they began to live out their lives as the highly intelligent beings they are instead of being viewed as mere objects.

Following their distressing experience, the pigs were found to be wary of humans but the family eventually settled in well and are enjoying their freedom. Animal Place report that the piglets are “enjoy[ing] special heat lamps at night and frolicking outside with mama during the day”. They certainly are enjoying a much better life than they would be at the factory farm which, unfortunately, the other animals had to endure. 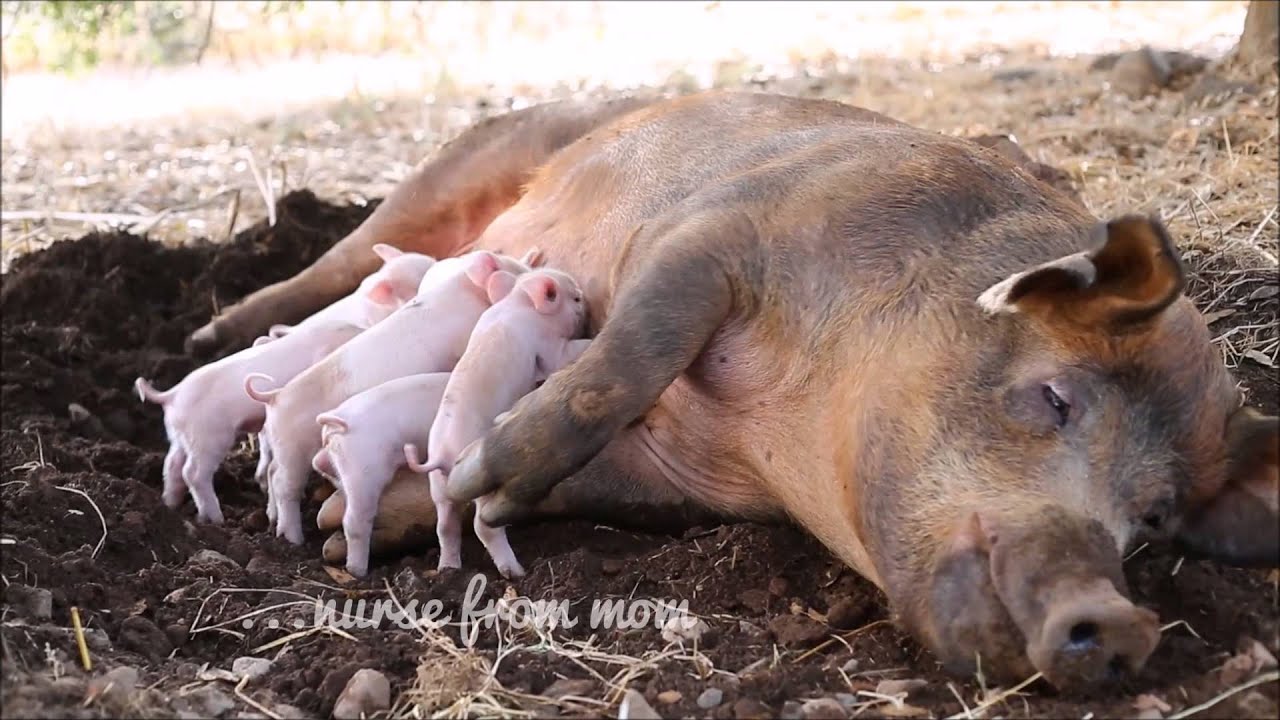 The bottom line is that animals don’t want to die. She knew her only chance to live was to get out of the truck, even if that meant putting herself and her piglets in danger, and she took it. It’s important to remember that animals want to live as much as we do, we’re animals too after all. We have no right to take away their lives whether that be through our meals, the entertainment industry or fashion.

Our choices end when someone else’s begins.