Skip to content
The Forgotten Faces of the Industry
Social Justice

The Forgotten Faces of the Industry

The meat industry has many victims, and quite a bit of them are human. The effects of climate change on people of colour is something I have been studying for a few months now 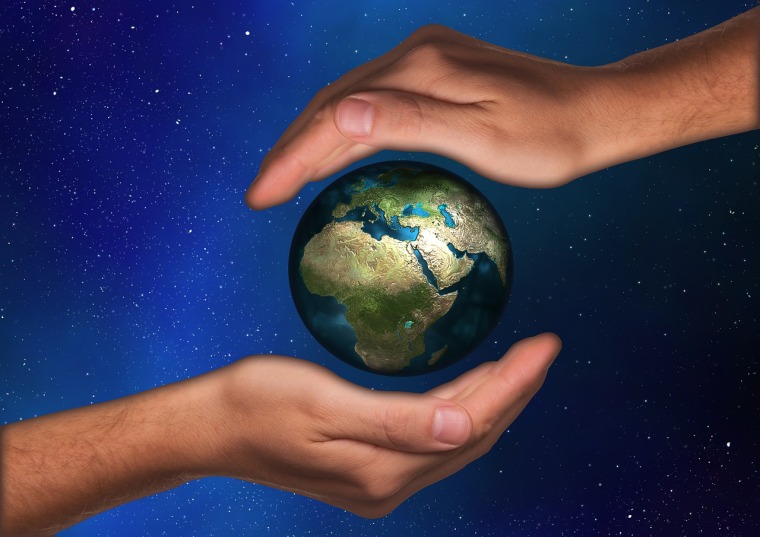 This week I wrote two articles

One to feminist culture and one to affinity for life magazine. The article to feminist culture was easier because it’s a blog and therefore has link support, but affinity was a magazine so the article was undoubtedly less informing considering the links within the paragraphs are my proof. I’m not sure if either of them will take my article seriously let alone publish it, but I’m gonna keep trying and bringing it to the attention of other organizations for the sake of the cause.

You can read what I came up with for Affinity and how I got around the link issue in this google doc here, i’ll re-post the full article I sent to Lexi at feminist culture here:

The Forgotten Faces of the Industry

The meat industry has many victims, and quite a bit of them are human. The effects of climate change on people of colour is something I have been studying for a few months now after I was shown two articles I will summarize here:

“Animal agriculture is incredibly harmful, and is a major driver of climate change. The UN recently released a report that said “animal products, both meat and dairy, in general require more resources and cause higher emissions than plant-based alternatives (pdf)”. Animal products cause a huge (pdf) amount of deforestation. Factory farms and slaughterhouses also contribute to a large amount of environmental racism, especially in poor communities. Production of animal products harms or kills many native communities in South America, both through deforestation and murders committed by ranchers.

Factory farms produce a massive amount of pollution, and a single farm can produce over one and a half times more toxic waste in a year than the entire city of Philadelphia (pdf). The CDC estimates that livestock produce between 3-20 times more waste than all of the people in the USA. This pollution invariably leads to runoff into local water systems, which can lead to both groundwater contamination and ocean dead zones. Water contamination is further compounded by the fact that livestock currently uses up about a third of the Earth’s fresh water.[1]”


“People working in slaughterhouses are at a far higher chance of being perpetrators of domestic violence due to trauma, desensitisation and the normalisation of violence, compared with the general population. They are also much more likely than average to have problems with alcohol abuse and with mental health issues like PTSD from working under extremely stressful conditions. Unfortunately these are most often poor immigrants with no other choice. These are the same slaughterhouses who process animals regardless of whether they are factory farmed, free range, organic or grass fed. In 2004/5 there were 2270 injury claims made in the meat processing industry, most of which were due to falls, injuries with knives and ‘body stressing’. People working in tanneries to make leather from the skin of animals that have been killed are exposed to numerous dangerous chemicals (chromium being the worst).  The chemicals can cause cancer, skin diseases, respiratory illnesses while the machinery is also dangerous and can result in amputations.  In India, people have died due to the exposure to these chemicals, due to unsafe working conditions.  People have also died in Bangladesh and are affected by the chemicals in a multitude of ways. These chemicals can also leach into the water supply and affect the air and soil quality, which in turn causes illnesses and diseases in nearby populations.[2]”

To expand on this, the death toll in Pakistan continues to rise due to harsh heat waves caused by climate change. In fact, in a recent poll- 60% of Africans feared climate change over any other threat to their lives including terrorism. Climate change kills hundreds of thousands of people a year, a great deal of these deaths being people of colour and especially women of colour.

So why do I think this is a feminist issue?

I know, not all poc issues are feminist issues. But since intersectional feminism is:

“The view that women experience oppression in varying configurations and in varying degrees of intensity. Cultural patterns of oppression are not only interrelated, but are bound together and influenced by the intersectional systems of society. Examples of this include race, gender, class, ability, and ethnicity.” [3]

I felt that considering climate change affects women of colour the most, it was something to bring to attention- and quickly.

The most effective way to combat climate change and to stop funding such a violent and harmful industry is to go vegan:

“…going vegan also saves the equivalent of 20 pounds of co2 (greenhouse gas) a day, as well as 1,100 gallons of water, 300 sq feet of forested land, 45lbs of grain, and 1 animals life on average. This also hurts humans, specifically people of colour. Women of colour suffer most. These facts all come from major environmental organizations and are supported by many united nations reports. There are many resources on how to go vegan. Even if you live under the poverty line, are anemic, think you will miss meat too much, have an eating disorder, can’t digest gluten, are type two diabetic, maybe even type one diabetic, or are allergic to nuts and soy. There are many resources for people who have been told they cannot be vegan. There are even physical guides that can be mailed to you free of cost on going vegan. Every nutrient we need can be found on a vegan diet and daily nutritional requirements won’t be that hard to meet. Yes you can also get Protein, Iron & B12 quite easily. Welcome to the most compassionate diet! We promise, there are many things to eat.” [4]
I know there are certain situations that may make it much harder to go vegan, but the whole point is to try! If everyone tried their very best to make it as close to veganism as possible, our global carbon footprint would immediately shrink by more than 50%. We only have one planet earth, after all.”

Thank you to Darthfeyder and Vegan-Invader for a lot of this information!